Strategic Thoughts Before The Bernabeu

Share All sharing options for: Strategic Thoughts Before The Bernabeu

First off, I gotta congratulate our boys on their victory against Roma. At times it was some of the nicest footy I've seen them play this year. Who would've guessed that when we played the ball along the ground to each other instead of long balls between our defense and attack, we could've achieved such a promising result? Surely it was a miracle. But seriously though, we're gonna need that very same effort if we intend on walking away from Madrid with three big ones here.

Tactically speaking, the last time Madrid saw us we were a two-headed monster. First we were the pressuring, fast-paced, 'all or nothing' Bianconeri. Then we quite prematurely transformed into the ugly defence-minded, zero-possession, counter-attacking Old Lady. A transformation that dumbfounded myself and Real Madrid enough to which they were unable to find their range. However that was then and this is now.

Being at home in front of tens of thousands adoring Raul fans, Madrid will most certainly want to bring the game to us from the start. Cannavaro is saying some must win stuff, plus Robben thinks he knows some other stuff to which makes his stuff better than our stuff, and it all points to their probable advancements up field right from the start. So what strategy do we use? We could try and overpower their efforts with more effort thus creating a massive midfield clusterf@ck (a term borrowed from the Roma Offside) and let the chips fall where they may. Or we could play with composition and patience to look for the right moment to strike.

Of couse though, personnel issues will be big factors in either team's tactics. A big plus for us in this one is that Legrottaglie is good to go and Madrid's Pepe might not be. With Legro and Chiellini in the middle back there, I'm comfortable with the possiblity of Van Nistelrooy and/or Raul featured in this one. Now on the other hand with Pepe not there to mark Amauri, I wouldn't feel very cozy if I were Los Merengues. Pepe knew he had to keep Amauri close and play him rough to get him off his game, and the Portugese international managed that surprisingly well the last time these teams met. With him possibly sitting this one out due to a bruised left thigh, it leaves the door open for the future Italian international to have his way with the elderly Cannavaro. Oh snap! 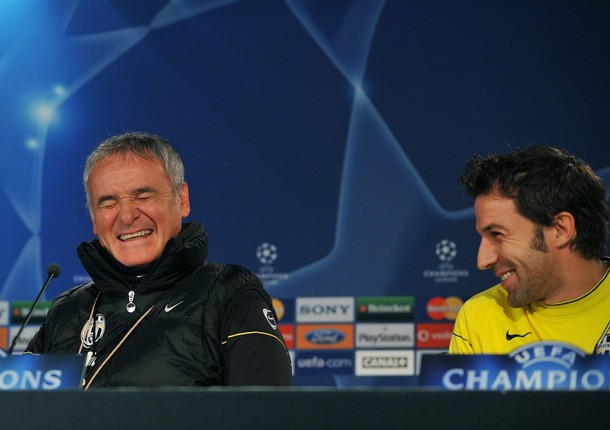