Share All sharing options for: Well, at least we're not Atletico Madrid

What a crappy week. My beloved Cubs got swept, again. It reminds me of Juventus, with such a great season, I expected a lot of them, and I'm just left completely disappointed. Last year's season was great for Juventus, and we expected great things this year; but the first month or so has left us far from satisfied. I'm officially joining the crisis bandwagon. 3 straight draws, increasing injuries, and our first loss of the season, at home. I really don't know what to say about the loss, or the current problems. 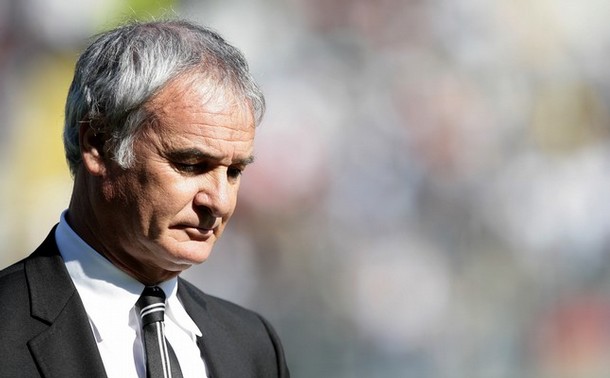 Who's to blame? Not Secco, for once. We should have gotten another defender, but I think he had a good mercato and we couldn't ever expect this injury crisis to tear apart our team. Ranieri? He needs to shoulder a good amount of the blame, although I think this proves us tifosi cannot bench coach a team. He's adapted the formation almost exactly to what most Juventini have been demanding in the last few weeks, but it's still clearly not working. The players for me. We're making mistakes left-and-right, and our attack looks totally impotent. Buffon looked frustrated as hell after being beaten by the second goal, really summed up what I felt. What disappointed me was the typical Juventus spirit was absent from today's match. After some random guy scored against us in 82', the team just gave up. That's Rioma style, we're known for never giving up! But where was that spirit? Not in the Olimpico.

Maybe we've lost the hunger to win, last season we were out to prove a point. We were coming from Serie B and we wanted to show that Calciopoli was a crock of shit. Everyone predicted we'd be pressed to get a Uefa cup spot, that Del Piero was finished, and that we could certainly not stand up to our archrivals. All of those predictions were smashed. But it sort of looks like the team doesn't care enough. I feel a bit better Roma, Fiorentina and sort of Milan have been pretty poor thus far. Inter has been lucky to win, close 2-1 wins over Lecce and Bologna aren't too fear-inspiring, but they are picking up the points. Is it because gli big are awful, or that Serie A is improving from the bottom up? Probably a bit of both.

I am very glad that there are minor injuries keeping most of our players out of international games. We don't deserve to wear a country's kit right now. The squad needs to focus the next two weeks on why we are sucking. We need to be united, not criticize each other. I was glad Cobolli publicly supported Ranieri as Roberto and I previously asked for. Chiellini and Buffon have both called for people to stop slamming Ranieri for the current problems. And of all people, Zampa- "I do not get all these whispers, he [Ranieri] is a praiseworthy tactician who did great things in Turin last term. I think some expectations are out of place, all good things take time." I don't think sacking Ranieri right now will do anything positive in the long run. Certainly his future with the club should be examined, but as far as I'm concerned firing him won't help.

The Good:
Palermo: They traveled to Torino, and walked away with 3 points. Who cares how they played?
Marchisio: He was pretty much the only player I thought did well today. Good passing, retained possession, a great outing considering the mediocrity he was around.

The Mediocre:
Juve's attack: A nice free kick from Del Piero, but Amelia really should have had that one covered. Considering their talent, we're just not scoring enough goals. Today they didn't have good service, but ordinarily we're scoring like 25% of golden chances. Must be more cynical in front of the goal.
Giovinco: He was alright, but he's still not taking on a man and trying to beat him. He's a great dribbler, why not? Muscled out of large parts of the game as I feared would happen soon.

The Bad: Aka, the rest:
Juve's Defense: We're making bush league mistakes here. Beaten by two very avoidable goals against BATE, and 2 more avoidable goals today. Knezevic just lost his man several times, Mellberg was crappy, De Ceglie left our left flank exposed way too much and was beaten by his man on the first goal, and Salihamidzic couldn't make it on the 2nd goal (although I think it was Knezevic's fault). Grygera looked ok out there but didn't offer his usual attacking spirit which we needed on the right without Camoranesi.
Juventus: 3 draws in a row, and a loss at home to Palermo. What the fuck is wrong with the team?
Sissoko: Thought the 2nd yellow was a bit harsh, but what the hell? Chill out man. We need the Momo of last season back.

Best moment of a dismal game: Miccoli running by the Curva Sud grinning after scoring a goal against us, and then injuring his calf immediately. Karma, bitch. 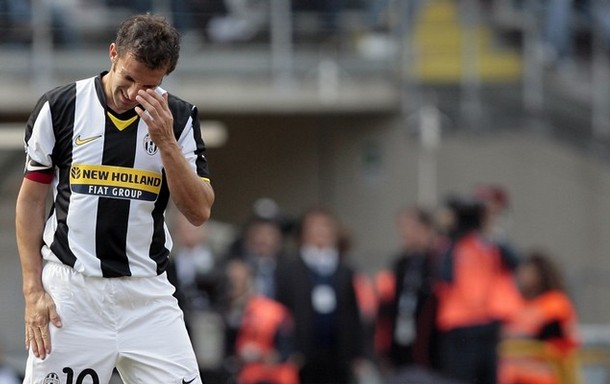 We need to take this international break to figure out why we're playing so mediocre, and fix it fast. I'm not ruling us out of the Scudetto race yet, but if we continue this play we certainly will be out of it by November.