Notes and News Ahead of Sunday v Palermo

Share All sharing options for: Notes and News Ahead of Sunday v Palermo

Ahhhhhhh good times, no no no... great times. Can it happen again this weekend? Well anything's possible, but they're a few issues at hand that may make things different this time around. First off, our defence is about as thin as Zebina's hairline. Number two, Ranieri's future with our club is officially under the microscope in Italy. Finally number three, a lot of ex's are gonna be at this party Sunday so you know they'll be showing the goods to try and make you jealous. 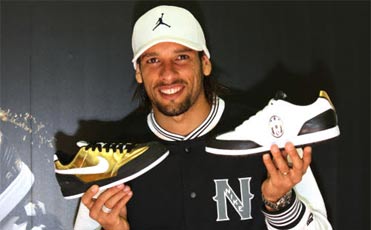 The Good, The Bad, and The Ugly

Some bright spots for us heading into this one has been the play of our youngsters: De Ceglie, Giovinco, and Marchisio. The latter has shown surprising strength on the ball for his thin stature, while his vision for the game continues to impress many as well. De Ceglie is coming along nicely too. His pace isn't anything special, but the left-footed 22 year old looks to be more physical than Molinaro already, in addition to having a lot more potential overall than Cristian. Super Seba is garnering some praise from his performance vs BATE, but don't be mistaken he's probably not that satisfied with it, nor would he want you to be. He still hasn't found his rhythm in a game while wearing our colours, so after Sunday the Rosaneri would be glad if he kept that streak alive. Btw, his case of conjuctivitis isn't serious so he'll be available to play, sorry guys.

The bad news for us this week is that the shit storm that's been brewing around our defence for the last two seasons now looks about ready to hit our shore. What I mean is that with Legrottaglie on the bench for about a month, and Chiellini rumoured to be sidelined after a training ground scare this past week, Juventus' backline is officially our Achilles-heel. Mellberg and Knezevic look to start, which doesn't seem that bad I guess when you figure Buffon's back in the mix. I don't know if this is bad news or good news for us here but ex-Juventino Nocerino is pumped up for his return to Turin. His mind will be miles ahead of his feet for this one, I can't wait. Our real concern though should lie with Simplicio and the other ex-Juventino Miccoli. Both of them were awesome against Roma and if they plan on doing something like that again, we could be waist deep in that storm ragazzi.

The worst news of them all this week has been the rumours of Ranieri's future with the club. Many Juventus fans are generally good people, but like anyone that's accustom to a certain way of life, we can get a little pissed when things start to look a little unfamiliar. Right now the worst case scenario for Claudio wouldn't just be if we lost, it would include Gigli, Blanc, or Secco not publicly defending their man immediately following it- something they've yet to do despite rumours flying around the peninsula for weeks. Ask yourself why they're this tight-lipped? They're not the smartest bunch, you just know something's up. Watch out Ranieri, a loss certainly wouldn't be an admission of any wrong-doing on your part, but it definitely won't help your situation.

To finish off I just want to say that Amauri is pure class. We all know why he doesn't want to celebrate and that's fine with me. It shows respect and I can reciprocate that. Nocerino's case is totally different since most Juventini don't give a f*ck about him hahaha. He doesn't owe us anything nor do we owe him so it's all good. In closing I'd just like to add that if Ranieri scores I will celebrate. He's still our manager dammit and I'm sick of nice guy's always finishing last. 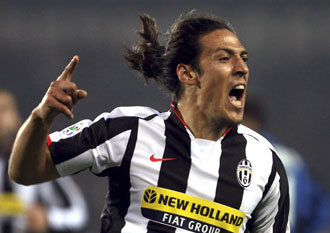