More chicken soup, it seems we're finally getting back to our winning ways, but we've got a nasty schedule ahead of us. Midweek game at Bologna, then match against Roma on the weekend, then flying to Madrid to play in the Bernabeu. Yikes. 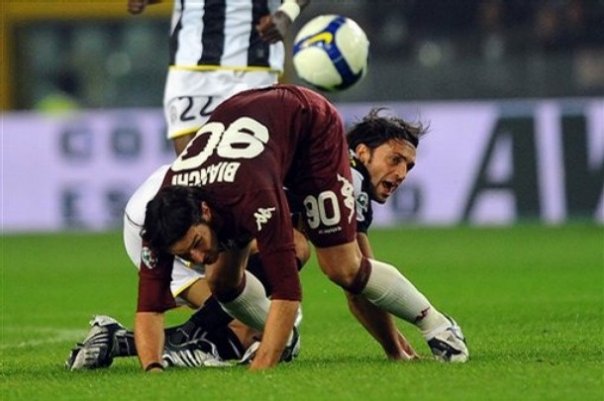 Some thoughts, then a review of the derby courtesy of our friend Marco at mCalcio, who I might add is back posting at the Del Piero Offside. Hop on over and take a look, and while you're at it, check out Matthew's Buffon Offside page.

#1- Roma is sucking a lot more than I ever expected, the least they could do is draw points from Inter and Milan. Somewhere in Florida, KJ is orgasming giornata after giornata.

#2- "The derby had its aftermath and Paolo De Ceglie, Zdenek Grygera and Hasan Salihamidzic shall not be part of the team to play against the emiliani. The fullback from Val d’Aosta suffered a distortion of the ankle, the Czech defender a contracture in the muscle of his left thigh and the Bosnian midfielder complained of an acute pain to the left Achilles tendon. GODDAMNIT.

#3- This weekend we won two Torino derbies, as the Primavera squad crushed the Toro 3-0. Getting on the scoreboard were Esposito, Immobile, and an own goal from a Torino defender. Making his seasonal debut was ex-Barca winger Yago. The team has started the season with 3 straight wins, scoring 8 and conceding none. What's more impressive about this is that with the injury crisis in the first team, important youth players like Ariaudo, Castiglia, Rossi and Pasquato were called up to the senior team to sit in the stands.

#4- Ranieri:"It's normal to suffer when there are so many great players missing. Today we did very well in attacking them, especially in the first half. After that, fatigue from Tuesday set in and we played a little less well in the second half. These two wins are the fruits of our labour, we worked hard in these few days we had to prepare and everyone must take credit: the team, the Club and the fans. We all stayed close, united together regardless of the situation and we came through it together. But we can't stop now after these two wins." 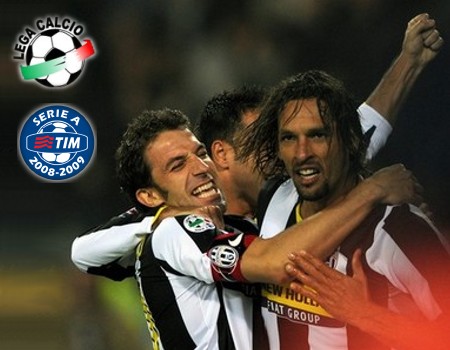 [From mCalcio...]Is it too early to say " Juventus crisis, begone"? One thing is certain: in the lowest moment of their season so far, the Bianconeri have really stepped it up when it counted. Coming from five consecutive winless matches, there is nothing like beating Real Madrid and winning a derby that will recharge your batteries in a major way. Something which the newest Juve family member knows full well: after providing his team with the match-winning-goal against the Merengues, he obliged again on Saturday; what would the Old Lady do without Amauri?

As for Torino, there seems to be no light yet at the end of their tunnel. Saturday marked the Granata's fourth consecutive loss, leaving them just one point of the relegation zone. 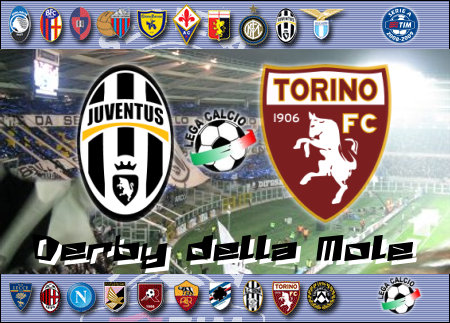 Tactics-wise, Saturday marked the return (yet again) of Nicola Legrottaglie for Juve, while the midfield underwent a little revolution: after his great performance vs. Real Madrid, Nedved was given full confidence in a central role, thereby favoring the inclusion of Marchionni and De Ceglie on the wings. Up front, scoring duties were left in the capable hands (feet) of Amauri and Alessandro Del Piero. On the other end, Gianni De Biasi made some important changes of his own, dropping his usual "Xmas tree" in favour of a 4-4-1-1 line-up. Paying the price of the more defensive set-up was Nicola Amoruso (famous Juve ex), thus leaving the lone Alessandro Rosina in support of Rolando Bianchi up front. And just to prove the injury gods are seriously pissed with Turin teams, Matteo Sereni picked up an knock mid-week and was replaced in net by Calderoni.

Torino started the game with greater confidence and pressure very high up the field, especially from Bianchi, who managed to addle the Bianconeri defenders as they tried to move the ball up. However, it only took Juventus a bit over five minutes to get the gist of Torinos game plan and to start dictating the match on their own terms, particularly through the proactive long-range efforts of Momo Sissoko, getting three shots on goal in the first twelve minutes. 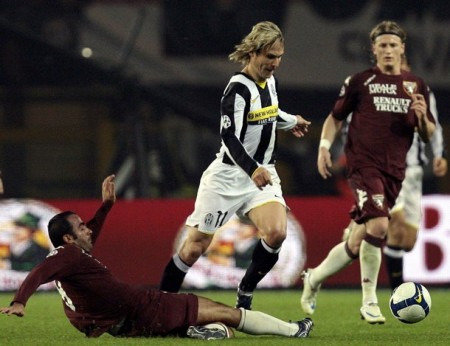 Torino thus became cautious: attacks along the wings became rare (and this despite the appetizing Abate-Diana partnership on the right side), while Rosina and Bianchi were finding themselves more and more isolated. On the other end however, the Bianconeri continued to push forward and almost collected dividends, when Del Piero broke through on the right and crossed the ball in the area for Marchionni. The Juve midfielder didn't get one, but two shooting attemps on goal, both skillfully deflected by the Torino goalkeeper.

Like any good derby, the match started to become edgy. Diana was the first to leave the pitch on a stretcher, after being on the receiving end of an involuntary slap in the face from Del Piero. The Granata midfielder got some payback a few minutes later though, when an ill-directed tackle on Nedved forced the Czech player to four minutes of medical treatment on the sidelines. Ironically, the only yellow cards handed out by the referee were to Barone & Sissoko, those dishing out the most "punitive" treatment thus far. The half ended 0-0, the only notable Torino chance being a Bianchi attempted lob wide (trying to take advantage of a poor rush out of the box by Manninger).

In the second period, Juventus restarted the match with Mellberg in place of the injured Grygera (an injured Juve player? you don't say!), but got some great news just three minutes later. Receiving a pass from Nedved, Amauri wrestled free of Di Loreto and raced toward goal. Resisting the return charge of the Torino defender, the Brazilian striker executed a powerful left-footed effort just inside the box, on which Calderoni made a bit of a mess and allowed the ball to pass under his arm. It was Amauri's third goal in 8 days, and also 1-0 Juventus. 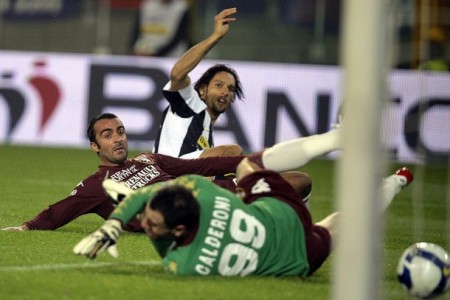 Conceding the goal meant it was time for Torino to wake up a little. De Biasi strengthened his attack by bringing on Abbruscato for Rubin (thus reverting to his usual 4-3-2-1 formation), and instructed his players to increase the wing traffic just a tiny bit. Diana promptly executed his manager's wishes, causing high danger down the right wing and especially at the hour mark, when Legrottaglie was in the right place at the right time to anticipate a cross towards Bianchi.

At this point Ranieri decided to tinker too, only instead of bringing on a defensive sub (like he did against Napoli, and we all know how that went) he played the Giovinco card, a move widely appreciated by the entire Juventus crowd present at Stadio Olimpico. The Formica Atomica didn't do much however, except for a very good Didier Deschamps impersonation (the master of "tactical fouls" at Juve back in the day) on Abate which earned him a spot in the referee's book.

The last 10 minutes essentially belonged to Torino, the "visitors" desperately trying to obtain an equalizing goal. De Biasi sent in fresh troops up front (Amoruso & Ventola for Rosina & Bianchi) but with little effect, save for two narrowly-wide headers by Abbruscato and Amoruso. Clearly not enough for the night, as the ref called full-time and returned Juventus to victory. 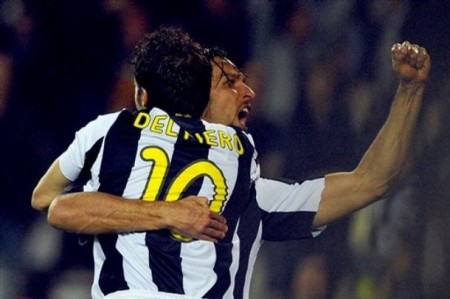