Whatever happens, don't ever be ashamed of being a Juventino.

Day after Edit: I'm still too sick at the result to write a match review, so here's one again courtesy of mCalcio that's more balanced and comprehensive one than I'd create. Oh, and Poulsen picked up a knock and probably won't be playing this Wednesday. Next weekend against the Toro we might field a Primavera XI. 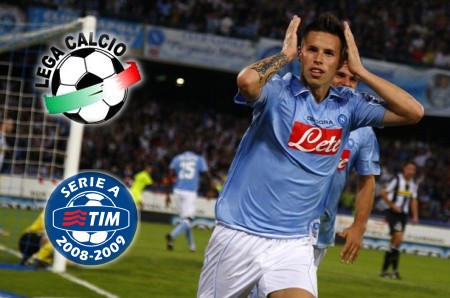 [From mCalcio.com...] Before you answer that question, ponder the following. Your team is tied 1-1, the match is still very much left to play, and you, as a manager, are left with a choice. You can either keep fighting, trying to get the winning goal (as the spirit of the game compels you to do: you win by scoring more goals than your opponent) or, you can take off your only player capable of solving the match in an instant, with a pass, a shot, or a free-kick, to bring on a defensive wing-back. Based on today's final result vs. Napoli, guess which option Juventus picked.

They say that if you find yourself in a hole, the best thing to do is to stop digging. Somebody please get the shovel out of Claudio Ranieri's hands. 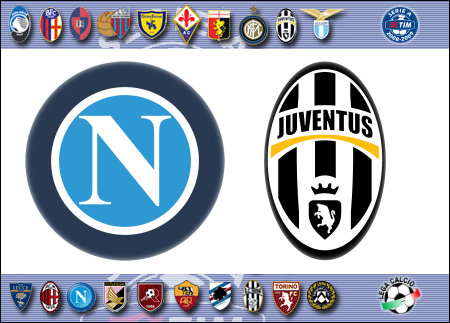 Saturday evening's match at Stadio San Paolo meant primarily two things. First, Napoli seems to play better at night because I cannot recall the last time they lost an evening game. Their victory not only continues that winning streak, but virtually puts them at the top of Serie A standings (waiting for Sunday's matches).

Second, Juve are in the sh**hole. No ifs, no buts, it's done: the load has dropped, and it's not smelling good in Turin right now. The Bianconeri can hide all they want behind their injury problems (some very fu**ing real problems), this team seriously lacks character at the moment. This used to be a team who, once they had scored the first goal, would bite their prey on the neck and go for the kill. Instead, it's as if they are content with scoring one goal per game and then hoping for a win.

I've defended Ranieri in the past, but what he did today was just fu**ing stupid: take off Del Piero during such a key moment of the match??? His justification ("I had my mind to Real Madrid already") doesn't hold its ground, because Juve should really be preoccupied with the present before starting to worry about the future. Not only that, but Ranieri still refuses to acknowledge it's "crisis time"... perhaps losing to Real Madrid on Tuesday will finally burst his bubble? 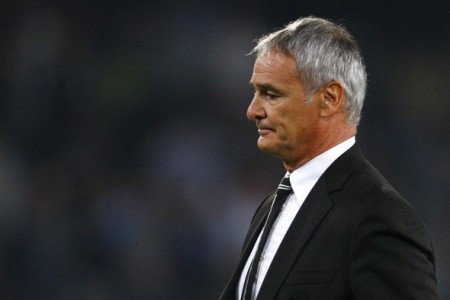 All venting aside, the first half of the match was a fairly balanced affair between the two teams. At the very last minute, Napoli manager Edy Reja picked Marcelo Zalayeta over Denis in the starting eleven, something which the home crowd didn't particularly appreciate (the ex-Juve striker was constantly booed whenever he touched the ball... undeserved). Zalayeta did his part though, pretty much like the remaining 21 players on the field. And that was the problem: everyone stuck to playing their part, and not much more. The Result? Not many scoring opportunities.

Amongst the nothingness, the keepers kept busy however they could: Iezzo had to spring off his feet twice, first on a Christian Poulsen shot from outside the box (slightly deflected by Amauri) and then later on a curling long-range free-kick by Del Piero. On the other end, Manninger was called into action only once, a weak but accurate header by Hamsik. Meanwhile, the busiest zones of the field seemed to be each team's right wings: Maggio was roaming free for Napoli, Grygera and Salihamdizic providing support for Juve. 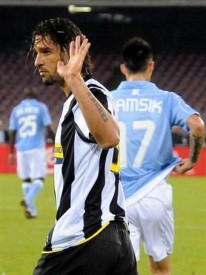 In the second half, the status quo seemed to continue. Reja's first substitution (Mannini on for Vitale) had little effect on the proceedings, until the hour-mark when a good Poulsen cross from the right-wing (finally) found the foot of Amauri, unleashing a precise volley inside the right post. 1-0 Juventus, and the San Paolo silent.

Not silent for very long though. On top of lacking personality, Juventus seriously seemed deficient in concentration tonight: the way Lavezzi's cross found Marek Hamsik completely unmarked inside the box was just inexcusable, and the visitors paid for their lapse a dear price. 1-1.

Of course, Ranieri decided to make things even harder for them at this point, replacing Del Piero with Paolo De Ceglie. The formation effectively turned into a 4-5-1, with De Ceglie occupying the left wing and Nedved (I think) playing playmaker behind Amauri. Meanwhile, a speechless Del Piero sat down on the Juve bench beside Giovinco, both wondering why the hell neither of them was on the pitch at that time. 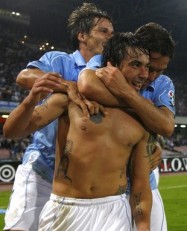 And inevitably, as is often the case with a team deciding to "play it safe", the Bianconeri were punished. On yet another defensive fu**-up (Knezevic deciding to clear the ball, not towards the touch-line but towards the middle) Ezequiel Lavezzi grabbed a lucky deflection, presented himself in front of Manninger and beat him with a low shot to his left. 2-1 Napoli. Bravo.

7 minutes from the end, Giovinco finally stepped on the field. Definitely too little too late for Juve, who could only muster a header wide by Giorgio Chiellini before the ref finally called full-time. In fact, Napoli could even have made it three with a chipped shot by German Denis, finishing narrowly wide of Manninger's post.

The Azzurri's morale must be in high heavens right now, no doubt about it. Only they unfortunately, do not have an European mid-week fixture to worry about. By playing Real Madrid in these conditions (3 draws and 2 losses in their last 5 games, and don't even get me started on injuries), Juve are just looking for more trouble. 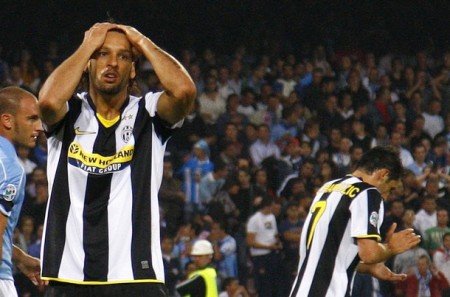