Share All sharing options for: The Bianconero Injury Crisis Continues...

If you ask me (and Lippi) Juve's principal problem right now is that we have so many injuries, so early in the campaign. It started with a few players out; Marchionni, Zanetti, and Zebina had moderate injuries during pre-season, and really spiraled as the season has started. Just as it seemed we might be rounding a corner, Juventus' med chief Dr. Agricola announced that Buffon will be out, likely until December. As I said in the season-preview, Juve's healthiness will make or break our season. And thus far, it's not going well. When can we start doping again? 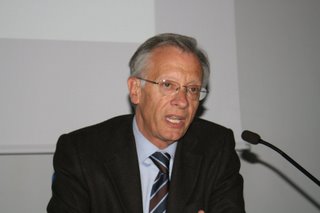 Rather than post about our internationals, here's an update on our injury table.

Andrade- KOd as we all know. Let's rescind his contract already.
Trezeguet- Rather than just one, he had operations on both knees. He explained it was for the best, saying it would prolong his career 4-5 years instead of ending up like Ronaldo. Planned return is sometime January 2009...not too long after Buffon will return.
Zebina- He's been out since August, and he started training normally again. Should be prepared to go by the time Napoli rolls around.
De Ceglie- Sprained his ankle while training with the Azzurrini today, but it shouldn't be anything serious.
Legrottaglie- Suffered a muscle strain during the game a week ago. Nicola Legrottaglie went back on the pitch for the first time, and will be intensifying his workload in the next few days. Will push to be ready for Napoli, but even if he's ready he will probably be rested for the game against Real Madrid.
Zanetti- If anything, the current midfield situation proves how essential C. Zanetti has become to our team. A lot more than just a tough-tackling defensive midfielder, Poulsen has been baptized by fire thanks to C. Zanetti's injury. Zanetti continues his personal training schedule on the pitch and will be intensifying his workload in the next seven days. We're still looking at two-three weeks on him, I imagine. And then it'll be some time until he's in form again.
Camoranesi- There is good news! Camoranesi was examined and according to Juventus.com, "Camoranesi isn't feeling any pain in the area where he suffered the muscle problem against Palermo. He could be able to start training again early next week." Should be sort of ready to go after the international break.
Iaquinta- Iaquinta is back to full training on the pitch, so he'll certainly be ready after the international break. Per non guffare, there is zero chance he won't be prepared.
Mellberg- Olof (still love his name) did a bit of running in the gym today but isn't quite ready for full training yet. He should be alright after the break though.
And of course, Buffon- As for Buffon's muscle problem, an ultrasound scan confirmed the diagnosis of a second-degree lesion and also the prognosis made by Italy's doctors: it will take four weeks to heal. As soon as possible during these four weeks the player will begin physiotherapy coupled with a personal training regime, and will be able to gradually get back training with the team once he has fully recovered. He will be able to play official matches a few weeks after this. Shoddy journalism as expected by Goal.com, who reported it's a reoccurance of his back problem from last year. It is not.

No word on Grygera's tooth. 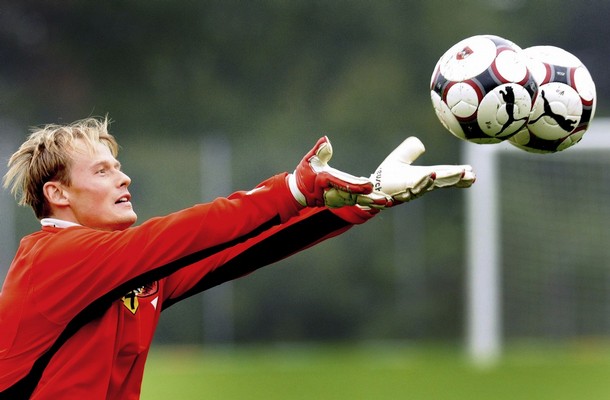