Is The January Transfer Window Here Yet??

Share All sharing options for: Is The January Transfer Window Here Yet?? 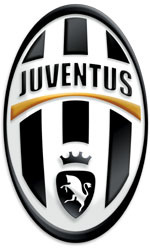 Happy New Year everyone!!! Finally the European football transfer window has re-opened and Juventus can acquire some much, MUCH needed help. I'm not gonna lie, things were looking pretty bleak after Andrade broke his kneecap. Meanwhile Marchionni, Camoranesi, and Boumsong were already sidelined. Hahaha wow, for a second there I thought we were only into the last week of September...

Although I'd love to stay inside my own imaginary world of denial for a bit longer, this time I simply can't ignore reality. I mean Andrade's condition has to be a relief to every Juventus fan, and by "relief" I mean utterly the worst fucking news I could possibly imagine. What timing too! Three months before we can dip into that much needed transfer pool in January. I was just starting to like that Portugese bastard. He had heart, kept his mouth shut, and let his football ability do the rest (sadly it was only for 3.75 Serie A games). At this point, is there anyone on earth that doesn't know we need at least one world-class central defender? Doubt it. Let's all guess now how much more defenders are gonna cost come January. Either way, we don't have many other options now, do we?

Well there's Luigi Di Biago for now... Since he's a free agent he can join our team immediately. I haven't really anything more to say about the guy... I mean i'm sure his a nice guy and all, but there's a reason why he's available right?? (actually there's 36)

Well clearly moves need to be made, and youth is always important. The transfer list will be tough to predict (as always). Rumours run rampant and deals which looked sealed, crumble to the floor within an instant. However this Serbian kid Branislav Invanovic certainly has turned some heads at Juventus. Tell me what you guys think, leave a comment? Should Juve go after this guy or what? The video contains his bio, but an awful soundtrack. Enjoy hahah.

Last Sunday's News and Notes
These certainly are turbulent times in which we live, but fellow bianconeri we must steady the Juventus ship. So, amidst cries of match fixing and diving this past sunday, I thought we'd try something different at the Juventus page.

Let's let the facts (and your own team) speak for themselves for a change: