Juventus - Frosinone Preview: Can you smell that? Its "A" Promotion, wink wink

Share All sharing options for: Juventus - Frosinone Preview: Can you smell that? Its "A" Promotion, wink wink 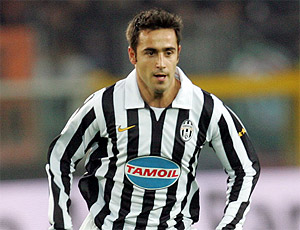 The road to promotion lands Juventus in Frosinone in this midweek Serie B fixture. After the win in Verona on friday, the Bianconeri with 72 points continue their road trip against middle of the table club Frosinone with 42 points. Frosinone are coming off of two straights losses, 2-1 at home to Napoli and the last one away to Brescia 1-0, due to a costly error by keeper Massimo Zappino. The stadium is going to be packed, good weather, and an intense atmosphere as the home team and fans anticipate the arrival of the most storied club in Italian history to the Stadio Matusa.

Team News- Coach Deschamps I can imagine has a serious headache this week, the rumors about Lyon, the rumors about being right for the job next year, Buffon rumors, and now actualy important stuff, trying to field a fit 11 players to face Frosinone. Midfielders are the issue here, Giannichedda, Zanetti, and Paro are out with injuries, and Deschamps is going to have to experiment with youngsters again, either Claudio Marchisio or Dario Venitucci. Im going to enjoy it since I love when our youngsters get a shot to shine, Deschamps will most likely field a three man midfield with one of the youngsters flanked by Marchionni and Nedved. Marchisio and Venitucci have been called upon by Deschamps the most, but dont count out the chance of seeing star prospect Raffaele Bianco play tomorrow. This kid is a rising central midfield prospect and a key part of the Primavera side, hopefully we get to see him play tomorrow. Chiellini, Trezeguet, and Camoranesi will all get the day off due to fatigue so they can get a chance to rest which is good for the home stretch. Up front should be Del Piero playing right behind Zalayeta and Palladino to make for some exciting action hopefuly.

On the other side, Frosinone is home to a bright young star themselves, Francesco Lodi. The youngster on loan from Empoli this season leads the team in scoring with 10 goals and has played well throughout the season. Getting a chance to play regularly for Frosinone has helped him and look for the attack to revolve around Lodi as they will try to take advantage of the 3 man midfield and shaky central defense of Boumsong and Legrottaglie. Frosinone plays well at home, only losing 3 matches at the Matusa this season so it will be interesting.

Outlook - Depending on how quickly our midfield takes to click, will set the tone for the game. Deschamps will try to pressure and exploit young leftback Salvatore Bocchetti with Marchionni and Palladino. If Zebina plays over Birindelli he will play a large part in the attack. Look for Marchionni to continue on his solid performance last week and look for Buffon to probably be called into duty a little more also. Beloved capitano Del Piero has shown there are no signs of slowing down, I'd expect a goal from the star this week, notch one up for Palladino as well. Prediction: 3-1 Juventus