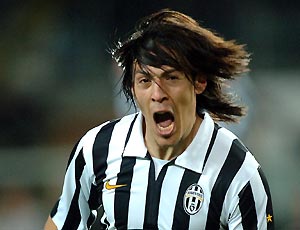 As much as I like the guy and have pulled for him through the years, this season Mauro German Camoranesi realy has not upheld himself in the best of ways. I honestly figured after winning the world cup this year, turning 30 years old that it would mellow him out and he would not become a nuisance with Calciopoli. After all Juventus stuck with him after he struggled his 2nd season, he was given many opportunities and people wanted him to do well. He has been a staple in the squad since coming over from Verona, and has proven to many he is a hardnosed player with a good amount of offensive qualities which have amounted for stellar performances.

After reading what he said in an interview with Argentina's paper Ole I was realy dissapointed and left wondering what the future holds for the oriundo. Ripping the Italian media over the national anthem, insulting his birth nation and soccer nation in one shot, and still bitching about a summer transfer and the Moggi era. When Camo first arrived at Juve I was excited and realy pleased with his play, he became one of my favorites instantly. After some struggles his second season and transfer rumors, he stuck it out and improved, eventualy proving his worth for Juventus and the National Team. But this ongoing nonsense is just becoming frustrating and a distraction. Fans understand it must be tough dealing with Serie B, but you just won the World Cup for a country you werent even born in, you've played in a Champions League final, you've been surrounded by world class players when playing in Serie A, but its not enough I guess. Who knows what the summer will hold for Camoranesi, at this point I still respect him, and love him as a player, but I can do without this side show.

Transfer Rumors-
Pepe - 24 year old Porto defender, would'nt be my first choice for the position
Mario Gomez- 22 year old Stuttgart striker worth a reported 20 million euros, thankfuly just a rumor
Torsten Frings- 31 year old Bremen midfielder, also in the Gomez article. Would be a sick addition if we could get him, would probably be a big impact, but his age is an issue in building a team. But I would take Mertesacker, Diego, and Klose off of Bremens hands. 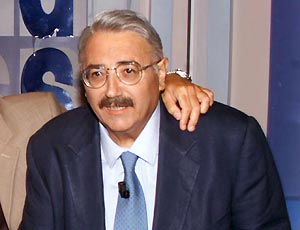 On a serious note, yesterday Italian soccer lost a beloved member, Giorgio Tosatti. For those of you who are not familiar with Tosatti he was one of the most well known soccer journalists in the country. Tosatti passed yesterday after struggling with illness and an october heart transplant. He worked for Corriere Dello Sport, Mediaset, and recently RAI. At the age of 12, his father, also a journalist, died tragicaly in the Torino Calcio plane crash. Tosatti put the headline on the 1982 title of the Corriere when the Azzurri claimed the world cup title with "EROICI". I'd like to share a quote of his I found which oddly enough is not recent, but from a February 1969 issue of the paper "Il calcio sputa veleno e si veste, ogni domenica, di violenza." translation "soccer spits venom and is dressed with violence every sunday". I know it is not sweet but I kind of got chills when I saw that because it is so fitting for these recent times.

Giorgio was one of the most knowledgeable soccer experts in the country, and excelled at what he did, weather it was writing or television. I hope to one day become a successful sports journalist and Giorgio Tosatti is real icon in the field. I remember as a youngster seeing him on RAI every sunday for Serie A (Novantesimo Minuto & Domenica Sportiva) or during national team matches, and then as I grew older reading his column in the paper. As much as I did not see eye to eye with all of his opinions, he was still tremendous. He always had a calm way about him which I found unique compared to all the other analysts. My condolences to his family, may you rest in peace Giorgio, you are in a better place...Addio