Share All sharing options for: Wanted: Dead Or Alive

Here are a just a handful of those wanted dead or alive after last Saturday's horrific display. If you haven't heard by now since you've been sleeping under a soiled matress for the last three days (like most Neapolitans), Juventus was blatantly robbed. No, this isn't the type of ye ol' football robbery that festers in the hearts and minds of loyal supporters for years to come causing numerous symptoms such as depression, multiple personality disorders, and other popular forms of related mental health conditions. No my friends, this type of robbery is almost tangible. Real enough that his name was 'Leroy Brown' and he shockingly commited unspeakable sexual acts against La Vecchia Signora leaving rope burns on her wrists and ankles. Burns that will remain forever as a reminder of that day. So here in response to this crime is short list comprised of those who are found guilty on all counts by the Juventini faithful. 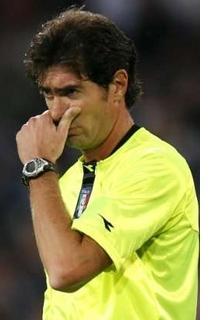 Date of Birth: No file found

Height: 5'8" but appears taller when in lifts

Scars and Marks: A tribal tatoo on his lower back

Hair: Blonde (when not covered in human feces)

Remarks: Bergonzi fled to cuba in the late 80's where he had a risky sex-change operation.

Caution:Bergonzi is wanted in connection with staining Italian football on October 27, 2007. In what was an unexplainably, horrifically officiated match, Bergonzi lifted Napoli to victory by awarding them two bogus penalty kicks during the match at the Stadio San Paolo. His first, and perhaps his worst of the two rulings, came about after he awarded Napoli's Ezequiel Lavezzi a penalty spot kick. The Ber"gone"zi apparently witnessed Juventus' Giorgio Chellini send Lavezzi to ground after a poorly timed tackle even though a frightening amount of evidence (found below) proved otherwise. "Beer"gonzi's genuine incapable mental and physical shortcomings to properly referee became clear once and for all after a second pk was awarded. This time, with the help of Napoli's Marcelo Zalayeta's efforts (I'll get back to him later), "Beer"gonzi apparently saw enough contact between Zalayeta and Juventus' goalkeeper Buffon to not only yellow card Buffon, but to award Napoli (I'll get back to them later) their second spot kick of the match and ultimately three undeserved points.

"Beer"gonzi has subsequently been criticised by almost everyone in Italy and justfully so. Ranieri (who would have received another red card against Napoli I'm sure) and club prez Gigli (who probably ran a few Napolitans over driving from the stadio) both lashed out against the rulings. While Ranieri, being his ever diplomatic self, spoke of how there was no post-Calciopoli vendetta against Juventus , and did believe that most 50/50 rulings were going against the Bianconeri. Gigli on the other hand was much more 'George Bush' and a little less 'UN Security Council' on the events in question. Gigli, like Bush on WMDs in Iraq, needed no time to assume suspicious guilty parties. Gigli fired off on Sky Italia Sunday night saying; "I wonder how on earth the referee and his assistants did not see them", then stating that there seems to be a special 'agenda' against us in the Calciopoli aftermath. Damn right there fucking is! Where have you been? Non me rompe le palle, every Italian football fan knows two things... 1- Juventus is fiercly loved by it's fans, and 2-Juventus is fiercly hated by everyone else. Simple as that. Whether out of jealously, or whatever, hatred is there in a big way. Personally, I believe there is a hidden agenda against us, and I don't believe that Calciopoli was justice being served. If you don't agree... vattene affanculo. Gigli I'm with you, lets bomb these sons of bitches starting with Bergonzi. 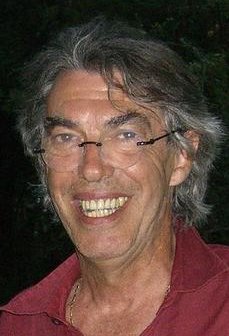 Build: Skinny and Frail, could break easily if he sneezed

Scars and Marks: '666' birthmark on base of skull

Sex: Undetermined... Old age has weathered away any signs of genitalia

Aliases: The Director, The Prince of Darkness, Mr. Calciopoli, Mr. "If you can't beat em, send em to Serie B"

Related: Spent hundreds of millions to return his father's club back to the glory of the 60's and has failed miserably. Also spent millions on plastic surgery to regain some normalcy in his facial appearance, also failed miserably.

Caution: Mr. Calciopoli's spot on the Juventus' Most Wanted List should come to no one's surprise. Moratti has long been a target of ours ever since he gained control over Merda from his late father Angelo Moratti. Whether you stand to hate him based on his unique style of scouting (absent of any Italian talent), or on his incomprehensible innocence regarding Moratti's telecommunications company and their illegal recordings of Juventus official's phone conversations, Moratti's name has become synonymous with everything evil in Italian calcio. 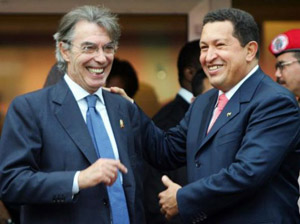 Seen here a few weeks ago with his ol' buddy President Hugo Chavez of Venezuela, Moratti stays well connected politically and makes no attempts at all to hide his willingness to join the Axis of Evil. Now I'm no political scientist but I'm willing to bet that by the looks on both their faces I'd say Inter just signed a deal to supply Venezuela with weapons of mass destruction. Gigli, call George it's time we talk. More recently however, Moratti publicly offered his sympathy for Juventus on account of Ber"gone"zi's mistakes. That fuck Moratti even went on to say "There are some young referees and as such, they can make mistakes, but it's annoying when you're penalised so I can understand how Juventus feel." Annoying when you're penalised?!? What the fuck do you know about penalties?! Juventus were sent down to Serie B, Juventus were stripped of two championships, you took our players and our championships!!... You have no clue how we feel. Take your sympathy and go fuck a goat. Moratti's comments remind me of a bad Sopranos episode where a hitman goes to the funeral of the decessed and then the slimmy fuck has the coliogni to offer his condolenses to family of the guy he just whacked. I hope to God we beat Inter next week. 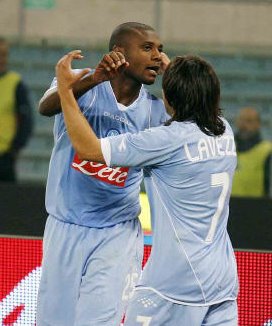 Language: Who the hell cares the bastard is a traitor

Aliases: Mr. Loan, Mr. Why Didn't Juve Play Me?, Mr. Because You Suck!

Related: Zalayeta's rights were owned by Juve for a decade from 1997-2007 until we sold him to Napoli for three goats and some old socks.

Caution: Coming in at our number three spot of degenerates is that ex-left bench Juve guy. Zalayeta, I'm sorry but you did not learn how to dive like that with Juventus. Nedved would have made that look so much more convincing. Zalayeta planted his leg in preparation for a  swan dive well before Buffon even stepped off his line. Thats why you never started. What are you actually good for? Hence the sale to Napoli. Your career consisted of two nice goals for us in CL, but really thats where your memories start and stop. Although it might seem as though I'm turning my back on you MZ... dont kid yourself... I'm definitely turning my back on you. So for your troubles here's a two-match ban and go fuck yourself. But wait there's more, today Napoli's sporting director insisted Zalayeta "didn't dive". No of course he didn't. 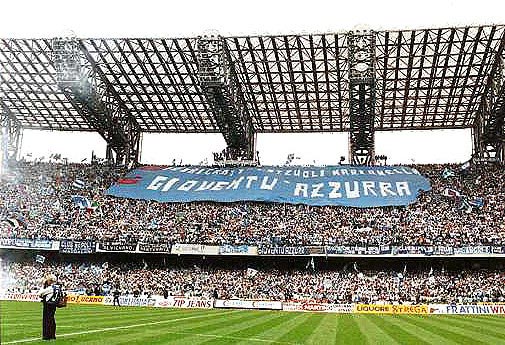 The last of four wanted parties will have to be the entire region of Napoli. I want every Neapolitan prosecuted and thrown into the dirtiest, filthiest, disease-infested, poverty-stricken prison in Italy. Oooops they're already there. It's a shame about all the negative stereotypes Italians have associated Napolitans with really. But since every country has to have a shit-hole why not. Albeit, some of you in your organization have quasi-admitted to cheating Juventus of points. But really none of them were genuine. What else do you expect them to say when the entire peninsula knows they blatantly didn't deserve three points.

Prosecutors On The Case 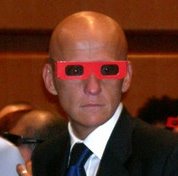 A man of style, grace, and ethics...despite what Luciano Moggi says. Collina who was regarding as being one of the world's best officials, now holds a non-paid position as a consultant to the Italian Football Referees Association. Seen here at a UEFA referee committee meeting wearing x-ray vision goggles, Collina & Co. have so far banned Ber"gone"zi from football for a month, and slapped Zalayeta with a two match ban for diving. Apparently, my cries for prosecuting the entire region of Napoli have so far fallen upon def ears, however I will not rest until Collina hears my plea. Besides, if any one scare thousands into jail with his looks... its Collina.

A popular online Juventus forum (not as cool as us though) known as J1987.com has started quite a buzz over a petition they've created. The well-doers over there have raised thousands of signatures so far in hopes of getting Ber"gone"zi fired for good. Really when you think about it, this isn't just a Juventus matter. This retard could have been officiating any other two teams. So check out the site, and sign the petition.

After all that... Here are the highlights of last Saturday's Game.