Just When You Think It's Safe To Write A Match Review...

Share All sharing options for: Just When You Think It's Safe To Write A Match Review... 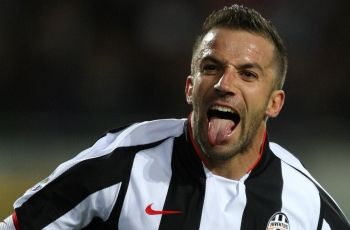 Juventus and Genoa took to the pitch this past Sunday, and I couldn't help but feel a mix of emotions. Whether it had been the remnants of my week long amphetamine induced psychedelic trip to the corners of Tiago's centre of thought clearing my system, or the unspeakable sights and smells of a horrid inflamation suffered by my girlfriend (caused by those damn Alessandro Del Piero flavoured condoms) which I had to attend to... I felt this past Sunday's match had something in store for everyone and by the grace of Maradona himself it did not disappoint.

The start of the match was officially underway when Grygera mis-read the path of the ball giving the ex-Juve man Di Vaio a chance in on goal. Legrottaglie closed in well and averted, what looked like, nothing much was gonna happen. A few minutes later, the elderly effortful Zanetti found a sideline bound Grygera who this time connected and provided for Trezegol who then spoiled his own fine efforts by aiming for Genoa's goalkeeper Rubinho. Shortly thereafter, the 'man of the match' Del Piero, began to weave his way back into the hearts of many with a few fine dribbling clinics put on display for the lucky rossoblu defenders. ADP's 18-yard box work lead to some confusion early on within the rossoblu defensive efforts, which culminated into a chance for the normally graceful Nedved to put Juve ahead. However, as most of us can admit to bad hair days every now and then, Nedved appeared to be distracted by split-ends when his flying volley attempt thrashed nothing but air. On the other hand, the 'man of the match' Del Piero again sent the Curva Nord into a frenzy as he continued to run at Genoa's defense. A left sided effort saw him roll back the years as his step-overs continued to evade Genoa but wouldn't help him score just yet. Finally, though, ADP connected to the end of a Nedved cross with a well timed run and half-volley. Sporting a new cut and blow, I was utterly thrilled with his efforts thus far and gald to see him as his normal quasi-possessed celebration. Almost as equally as impressive, was ADP's free kick attempt shortly thereafter where a quick Rubinho had to be sharp to make the stop. Who, btw played a solid match dispite conceding a goal he could've done nothing to avoid. 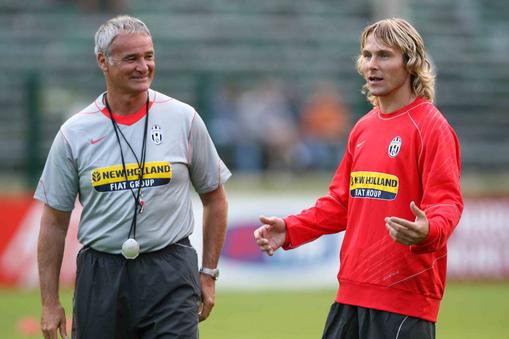 The second half opened much the same way as the first ended with another Del Piero free kick. This time it was the bow-legged Czech who did well to connect and get the cross on target. However, he couldn't find enough magic on the night as his effort rolled to Rubinho. Nonetheless, the Czech was playing a strong game as his tireless self, and was Juve's counter attacking life-line. A few moments later Buffon's game suddenly began. In what would've appeared as a sick joke by the football gods above, Molinaro's unthinkable midfield header back-pass resembled some what of the defensive errors Juve; previously this season, had capitalised upon. Thankfully Buffon; who's ability doesn't adhere to any known physical or natural law in this world or any other, made an incredible save. The rossoblu efforts, as comendable as they were, were for the most part wide and non-threatening. Ranieri then substitued Del Piero and Zanetti with Palladino and Almiron, as the game was getting very sloppy and the ref didn't seem at all capable of controlling the fouls. A whopping nine yellows, and two reds. Sounds about as dirty as the language Ranieri used to describe his distaste for a decision made against Palladino that earned him a the first red & a one game suspension. The second red came at the 94' min of play as Nedved undoubtedly let his frustration get the better of him. As a player myself, I can feel his pain. All game to work your ass off and nothing... run like a dog and nothing... then perhaps someone calls you a fairy for having a mane full of sinuously lucious locks... and now it's Nedved's fault for laying him out?! What kind of world is this! Anyways the blonde bomber got a two match suspension and will be back in time to face those inter pieces of merda. Aside from that, Genoa never really had a chance; seeing as their club was founded in 1983 by the English. When will those Englishmen ever learn?

Final Score: Juventus 1 - Genoa 0; aside from a few concusions

Mendes, My Mighty Heart is Breaking 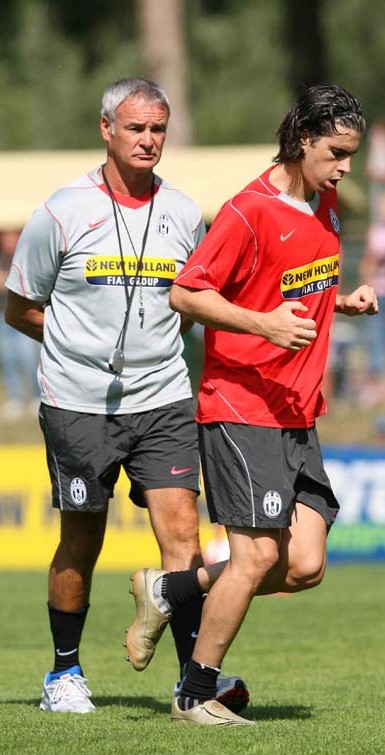 So my attention now turns to a player who recently criticised Ranieri for a lack thereof. Everyone, not only Ranieri, must have been at least slightly caught off-guard by the Portugese International's comments early last week due to the overwhelming support; we've all read, Secco & Co. show him. From what I can remember, early pre-season reports detailed a Tiago that came to camp slightly unfit behind the fitness curve, if you will. Fine. No worries. Who doesn't put on a few in the blog off-season?! Then the first couple of pre-season games comes around and Ranieri; doing what any good coach would, played his most fit eleven irrespective of salary. The group gradually gels, couple that with the play of Nocerino, Almiron and Zanetti in Juve's victories against Roma, Biellese, Livorno, and Parma, Ranieri really had no choice but to continue to start the season with these guys. This was a almost a completely new team and Ranieri needed to quickly form a nucleus. Or else any new team would be rendered inconsistent and choatic. Looking back, the days Tiago spent catching up to the curve proved critical for him and his midfielder teammates who achieved respectable results when they were asked too.

Keep in mind too that it was Ranieri who urged Juve management to go for Tiago's eight figure transfer price tag. It would have been in Ranieri's best interest to at least keep tabs on Tiago's progress in training with hopes he'll inevitably crack the line-up. The question still remains; Can Tiago still impress if given another chance? I for one hope so becuase he is an undoubtedly talented player that can more then improve our squad. Bottom-line, Tiago hasn't impressed thus far. Until he does he'll ride the pine. It's all up to him now. Ranieri won't start you out of pitty and thank god.

Although the move sounds very tempting at this point, the reality is we should give Tiago a chance to prove himself until January. Unlike bitches such as Sissoko; who now considers not signing for Juve when he had the chance as a major career mistake, we owe Tiago a bit more time for signing on in our first season back from hell Serie B. If however, Juventus and Tiago cannot co-exist come January... Fuck the porkchop gimme that devilishly creative Argentine.

Ranieri and Lampard sitting in a tree K.I.S.S.I.N.G. 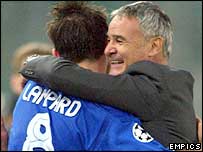 Well well well, it seems we're having another go at Mr. Lampard. At this very moment, Secco is reportedly enjoying some wonderful fish and chips at a local Blues pub on Fulham Road. No doubt the odds are in Secco's favour of nabbing the 29 year-old seeing as so much shit has gone wrong with Chelsea's players after The Chosen One's departure. Personally, I've always thought Lampard was a hard-working player. A talented chap as well who came runner-up to Ronaldinho for the 2005 World Player of the Year. The question is; With yet another midfielder where will we fit him??... what scheme will the Roman run? 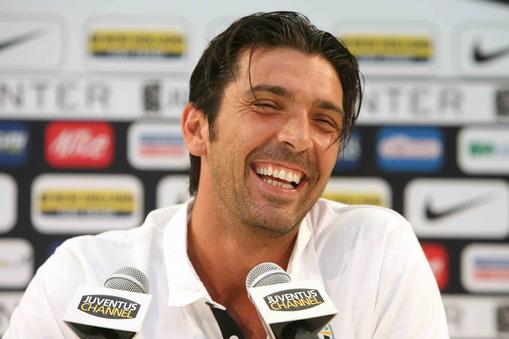